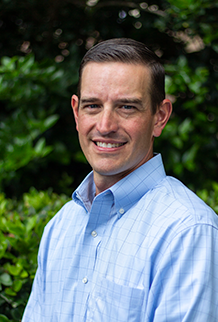 Over the last 15 years, Clint has developed a wide diversity of projects in his portfolio including office, industrial, laboratory, healthcare, hospitality, secure facilities, data centers, parking structures, and judicial facilities. During his career, Clint has earned a reputation for successfully completing projects that are technically or logistically challenging. His ability to meet or exceed client expectations has provided the basis for Hammonds Construction with strong relationships and repeat customers.

Clint holds a Bachelor of Science in Construction Science from Texas A&M University, is an AIC Certified Contractor and OSHA 30 Hour Certified. 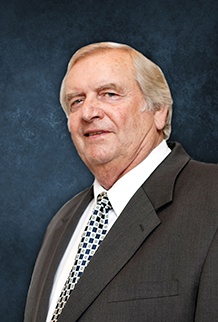 Prior to founding Hammonds Construction, Ronnie served in a number of capacities. In 1970 Ronnie was employed as a CPA for the Houston Office of Haskins and Sells, which was one of the “big eight” national accounting firms. After being with the firm briefly he was called to serve as a 2nd Lt. in the US Army Finance Corp for a short tour at the US Army Finance center in Indianapolis, Indiana. At the conclusion of that obligation Ronnie returned to Houston and continued his career as an auditor with Haskins and Sells. In the early and mid-70’s Ronnie was employed as an accountant and eventually executive vice president of a small land development company, Southern Living and Leisure, located in Wimberley and Austin, Texas. In the mid 80’s he was hired by homebuilder, Nash Phillips Copus (NPC) in Austin, Texas to be their executive vice president. His responsibilities were to coordinate and be the liaison between the very decentralized divisions of the company as it grew to become the largest privately held homebuilder in the US. Eventually Ronnie was transferred to Houston to manage their Houston division. Ronnie grew the Houston division from start up to one of the top 10 homebuilders in the city building approximately 500 homes per year.

Ronnie started Hammonds Homes after the demise of NPC in the mid 80’s. The company was founded at the bottom of the real estate crash with a $25K advance on his American Express credit card. Despite these meager beginnings they survived and prospered through strong will, determination, and skill. Hammonds Homes eventually grew to be ranked in the top 10 in Houston, Dallas, Austin, and the state of Texas. Before being acquired in 2001 by a publically held homebuilder, Meritage Homes, they were building over 1,200 homes per year with revenues well in excess of $100 million.

Ronnie has an accounting degree from Texas Tech University, has served on the boards of the local, state and national associations of homebuilders, the Hearthstone Homeowners Association, the Hearthstone Country Club and Brookhollow National Bank. He has coached and served in numerous youth sports associations and is a member of the St. Luke’s Methodist Church.